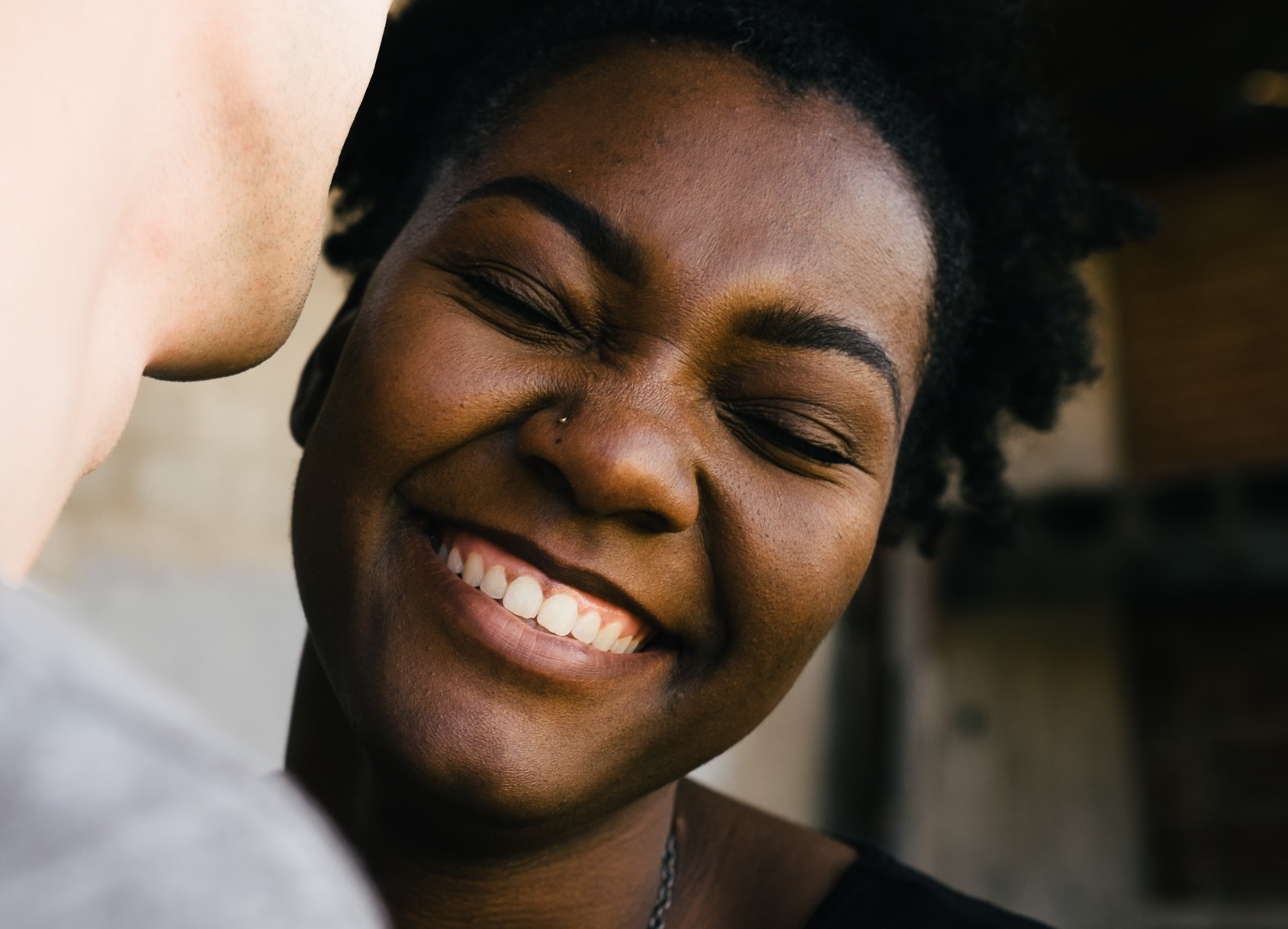 In honor of International Women’s Month, we would like to take you on a journey with one of our clients before she reached our safe border. Our client’s name has been changed to maintain her confidentiality and in order to celebrate these strong and resilient women, we ask you to dwell less on their past, and focus more on their present and future.

Belle* had a largely peaceful and normal life in her home country, somewhere in the region of central Africa. She was a nurse and had built a career while planning on reaching all the milestones of life in her future. She witnessed persecution of minority communities in her neighborhood and around the country and protested the injustices. She knew that standing up to her current government, who took power following the country’s brutal second civil war, was fraught with danger, but she wanted the social and political environment of her country to improve.

She was home early one evening following a protest march, when soldiers broke in. A night she will never forget. The soldiers pointed their guns at her and then, some of them raped her. But her ordeal was not over yet, when the soldiers saw her sister standing in a corner; they raped her too and forced Belle to watch.

To say Belle was traumatized would be an understatement. The fear, pain and shame were palpable. She had flashbacks. She cried daily. She had difficulty concentrating. She lost weight.

In one tragic incident, her normal life changed beyond recognition.

Belle realized she could not stay in her home country, she was a target and she was putting her family at risk. She left her home country with very little money and belongings, and started her long journey to reach the U.S. southern border. She had not planned to seek asylum in the United States at the beginning, but as she traveled through several different countries in her quest to find a safe harbor, she became increasingly aware that none of those countries were affording her the safety she needed to restart her life and protect her family. The countries neighboring her home country were dealing with the same or similar problems. Countries she traveled through either seemed unsafe because she was a woman or because she was displaced. She tried and failed to get help, to gain employment or find housing in these countries. She felt isolated and alienated because she didn’t know the language or wasn’t part of the culture. So she had to be continuously on the move.  The uncertainty combined with the trauma she had already suffered was stopping her from healing.

Belle journeyed through six countries, stopping over for a few months, struggling to survive, before moving on to the next destination. Sometimes she lived in badly managed refugee camps; sometimes she got intermittent help from distant relatives or family friends. Life was hard in these camps because there was no way to earn money (they are not allowed to work). During this journey, she suffered further threats of sexual violence, starvation, sickness and lack of shelter. After she reached the United States border, she sought asylum and was referred to SURVIVORS by her lawyer.

When she came to our office for her medical and psychological evaluation (critical for successful asylum cases), Belle was severely traumatized. She vomited throughout the appointment. She needed and made use of the mental health services we offered. At her initial appointment, she reported severe depression and trauma symptoms such as daily crying spells, difficulty concentrating and recalling short-term information, reduced appetite with weight-loss, nightly nightmares, insomnia, intrusive memories of her rape, increased startled responses, daily headaches, and difficulty breathing. She was also plagued by racing uncontrollable anxious thoughts “about what will happen if they send me back, I cannot go back.”

She made use of almost all the services offered at SURVIVORS – individual and group therapy, psychiatry, and interpretation services – to reduce symptoms of her trauma.  Navigating in a new country and culture, asylum seekers like Belle need help with virtually everything to restart their lives. SURVIVORS, through our social service case management, provided a referral for housing; provided her a bus pass for her transportation needs; helped her find employment (asylum seekers can receive a work permit once their case is in the legal system); and provided groceries and hygiene products. SURVIVORS’ medical case manager also helped Belle by scheduling medical appointments to help her with the physical aspects of her trauma. To combat her loneliness and isolation, Belle attended our Healing Club activities with other survivors and staff including hiking, visiting Balboa Park, and sharing a Thanksgiving meal. This allowed her to find a new supportive and understanding community in San Diego.

It took Belle a year to heal enough to look to her future. “I still have troubles but it’s much better than before. I’ve learned so many things and I can sleep and concentrate more…the biggest improvement is with my depression. I don’t feel afraid anymore,” Belle explained. She no longer experiences panic attacks or difficulty breathing, and her appetite “is normal again.”

Belle has now completed several ESL courses to be able to speak English fluently. Belle also wants to resume her career in nursing. She feels she is ready to start taking English medical terminology classes “so I can work as a nurse again”. “I was a nurse for a long time back home and when I came here I never thought I could do it but now I am ready – it is my dream. I am looking into having my degree from home evaluated too. I have hope.”

To have suffered such a horrific trauma, undertaken a harrowing journey full of uncertainty and danger, come to the United States with its own set of problems and stressful situations, and with just a little help and support, getting to that positive place full of hope is truly inspirational. We dedicate this month of March to these brave and courageous women, who did not give in or give up but fought to rebuild their lives and move towards hope and light.

Look for a confirmation email. Our Development Team will follow up with you shortly to confirm payment preferences and timing.

We're a healing resource to survivors of torture and their families without regard to race, religion, gender, national origin, sexual orientation, or economic or immigration status.

SURVIVORS can provide specialized care and support to empower you in your healing journey to become a self-sufficient and healthy member of your family and community. We are able to offer services to torture survivors and their families free of charge. Professional interpretation is available.

Pro-Bono volunteer physicians perform medical evaluations for clients' asylum cases. Physicians write medical affidavits for attorneys to present in court, documenting that there is physical evidence of torture. Medical evaluations are always done in person, either at SURVIVORS' office or a secondary location. Interpreters are provided for this service. Applicant's medical licenses must be up to date.

Contractors accept clients for individual, couples or family therapy on a case-by-case basis. You choose your availability and create your own schedule. Therapy sessions may occur in your office setting in the community, Survivors’ office space, in-home, or via telemedicine. SURVIVORS provides compensation for your work. We will also provide professional interpreters to work with you.

You are not alone. We're here to help. We're a healing resource to survivors of torture and their families without regard to race, religion, gender, national origin, sexual orientation, or economic or legal status.

SURVIVORS can provide specialized care and support to empower you in your healing journey to become a self-sufficient and healthy member of your family and community. We are able to offer services to torture survivors and their families free of charge. Professional interpretation is available.

SURVIVORS' provides support for Survivors with medical needs like finding a physician for general health care or connecting with a vision provider to receive glasses.

SURVIVORS’ psychiatric services include a thorough evaluation of clients and regular follow-ups by a psychiatrist.

SURVIVORS facilitates professional, trauma-informed interpretation so our clients can receive services in their native language or dialect to best support their healing process and care.

SURVIVORS' provides support for Survivors with medical needs like finding a physician for general health care or connecting with a vision provider to receive glasses.

SURVIVORS’ psychiatric services include a thorough evaluation of clients and regular follow-ups by a psychiatrist.

SURVIVORS partners with professional, trauma-informed interpreters so our clients can receive services in their native language or dialect to best support their healing process and care.